The Novosibirsk Aircraft Repair Plant (NARP) belonging to Russian Helicopters (part of Rostec) was the first in the Russian Federation to launch online training for aircraft technicians specializing in maintenance and repairs of various Mi-8 and Mi-26 helicopter versions. The Appendix to the Aviation Training Center Certificate for intra/extramural education was issued by the Federal Agency for Air Transport (Rosaviatsiya).

This project is part of a large-scale program for Learn Management Systems (LMS) development being implemented by the Helicopter Service Company (HSC). In the near future, other Russian Helicopters enterprises with training centers will join the LMS system.

The LMS program is deployed on the HSC web site as a unified platform with its own interface that will be used by the holding’s aviation training centers and where training program and course lists, as well as document catalogs are provided. The project is also being implemented in English, which enables us to arrange for online training of foreign customers. The first group of foreign customers went through a training that was provided by the NARP Training Center using the LMS in April 2020.

Besides that, HSC established unified rules for training course development in the S1000D format that will be used by all Russian Helicopters aviation training centers.

After the LMS system launch, HSC together with aviation training centers became the first companies in Russia to provide such online training services for Russian-made helicopters.

JSC “Novosibirsk Aircraft Repair Plant” was established on the base of aircraft repair shops evacuated from Moscow during the World War II. The plant was born on 1 December 1941 when testing of the first repaired engine was completed. In December 2012, the Novosibirsk Aircraft Repair Plant became part of the Russian Helicopters according to a decision made by the general shareholders meeting. After becoming part of the helicopter holding, NARP helps provide servicing and maintenance of Russian-made helicopters, but also modernizes and develops its area of activities.

Since 2006, the Helicopter Service Company has been the only authorized supplier of new helicopters and equipment manufactured by the holding’s enterprises and delivered for after-sales servicing of Russian rotorcraft. Its main areas of activities are distribution, maintenance and repairs of helicopters; enabling helicopter modernization, arranging for aviation and technical personnel training, providing technical support to helicopter operators and developing interactive documentation. A modernization catalog was brought online on 2015 and is now available on the HSC web site. A new service called Exchange was launched in 2016. The Sheremetyevo warehouse complex was put into operation in 2017. In 2018, 100% of shares of Russian Helicopters’ 8 aircraft repair enterprises (JSC “99 ZATO”, JSC “150 ARP”, JSC “356 ARP”, JSC “419 ARP”, JSC “810 ARP”, JSC “NARP”, JSC “VR-Service”, JSC “FESC”) were consolidated and transferred to JSC “HSC” in order to enable integrated helicopter servicing during the entire life cycle.

JSC “Russian Helicopters”, part of the State Corporation "Rostec", is a leading player in the global helicopter industry, the sole Russian designer and manufacturer of helicopters. The holding was established in 2007. Headquartered in Moscow, the holding operates five helicopter assembly plants, two design bureaus, component production and maintenance enterprises, aircraft repair plants and a helicopter service company providing after-sales support in Russia and abroad. The holding’s products are purchased by the Russian Ministry of Defense, Ministry of Interior, Ministry of Emergencies, other state-owned clients, the Gazprom Avia and UTair airlines, large Russian- and foreign-based companies.

The State Corporation “Rostec” is one of the largest industrial companies in Russia, uniting over 800 research and production organizations in 60 Russian regions. Its main areas of activities are aircraft production, radio electronics, medical technology, innovative materials, etc. The Corporation portfolio includes such well-known brands as AVTOVAZ, KAMAZ, UAC, Russian Helicopters, UEC, UralVagonZavod, Shvabe, Kalashnikov Concern, etc. Rostec takes active part in the implementation of all 12 national projects. The company is a key supplier of the Smart City technologies. It is engaged in the digitalization of state administration, industry, social industries; prepares plans for development of 5G wireless communication technologies, Industrial Internet of Things, big data and blockchain systems. Rostec is a partner of the world’s leading manufacturers such as Boeing, Airbus, Daimler, Pirelli, Renault, etc. Products made by the Corporation are supplied to over 100 countries worldwide. High-tech product exports account for almost one third of the company’s net sales. 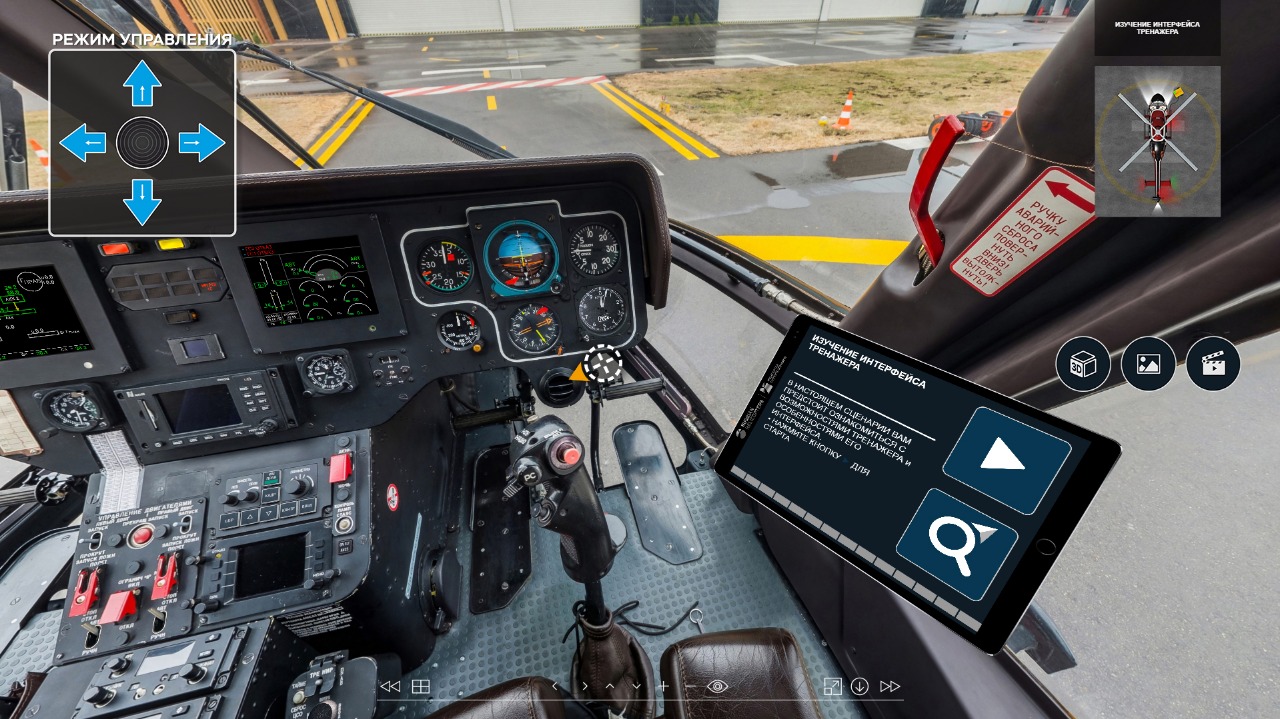 The Novosibirsk Aircraft Repair Plant (NARP) belonging to Russian Helicopters (part of Rostec) was the first in the Russian Federation to launch online training for aircraft technicians specializing in maintenance and repairs of various Mi-8 and Mi-26 helicopter versions. The Appendix to the Aviation Training Center Certificate for intra/extramural education was issued by the Federal Agency for Air Transport (Rosaviatsiya).

HSC will participate in HeliRussia 2019

16-18 May, 2019 HSC will participate in International Exhibition Helicopter Industry «HeliRussia 2019».

Special price on spare parts until the end of February` 2019.